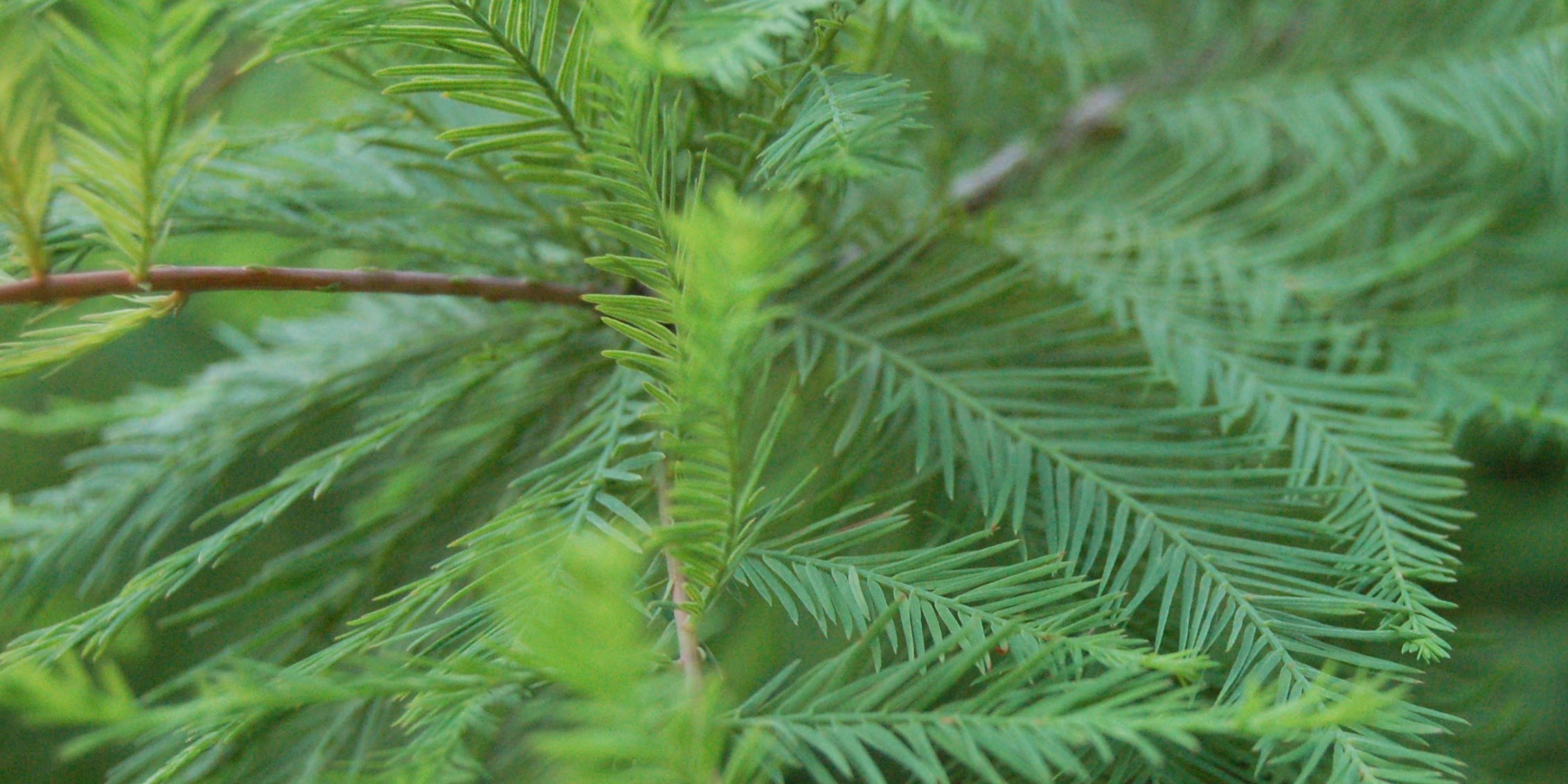 Bald Cypress (Taxodium distichum) is the swamp king of the South East. While some species are generalists that do well in a variety of environments, the bald cypress is a specialist species that knows exactly where it wants to be. Accordingly, it has evolved some interesting traits that set it aside from other trees and allow it to thrive in wetlands and swampy conditions. The trunk of the bald cypress flares near the base such that some trees are more than twice as wide near the base as they are only a little further up. This makes for a very stable trunk that can withstand the rigors of flood events and waterlogged soils. The trunks are also sometimes beautifully fluted at the base. These trees are famous for their odd woody protrusions coming up from the roots called ‘knees’. It almost looks like a thick sprout that gave up at only a few feet tall, with no leaves. These knees are thought to be used to increase surface area for absorbing oxygen from the air. (Trees live off of carbon dioxide but they need oxygen too!)

The bald cypress is a conifer in the same family as the redwoods, including our tree of last month, the dawn redwood. This is truly a family of ancient trees and a strand of bald cypress is reminiscent of modern depictions of the age of dinosaurs. Like the dawn redwood, “baldy cypress” is one of the rare conifers that actually drops all its leaves in the fall – and because of that, a cypress swamp in autumn is an amazing sight. When mucking about a site with bald cypress, you may be lucky enough to spot a bald eagle or osprey nesting atop a tree. And if you are looking for the tallest tree in a cypress swamp, find the center as this is where the most nutrients have settled, fertilizing the trees and allowing them to reach heights over 100 feet tall. Bald cypress grow naturally from the southern tip of Maryland south to Florida, to eastern Texas and up the Mississippi River Valley. The tree once grew abundantly in this range but, to echo an all-too-familiar story, it has suffered from poorly-managed harvest and development. Westerners settling near cypress groves quickly discovered that the heartwood of the mature trees was extraordinarily resistant to decay and moderately durable – the trees were harvested abundantly and populations diminished. As standing trees of marketable size became less common, loggers actually found it economical to salvage logs that had fallen and had sunk to the bottom of swamps and rivers. Rot resistant as they are, the sub-aquatic old trunks were still structurally sound and usable timbers. Modern trends in land development have not helped the cypress swamps either, and what preserves of cypress habitat we have left, particularly those home to old-growth trees, should be cherished and maintained.

While the bald cypress is happiest in its swamps, the tree still has something to offer us city-dwellers. It turns out that Bald Cypress actually does pretty well on dry sites and its absence from areas outside of swamps was probably due only to its thin-barked susceptibility to fire (even if a fire only burns a forest only every 50 years, certain species like the Bald Cypress would not have been able to bounce back). So that means as long as you do not expect natural forest fires to wander through your back yard, it could be a great site for a bald cypress. Straight-trunked and stately, the bald cypress is a native tree that adds a unique character to a home landscape. While the true glory of the Bald Cypress rests with the 500+ year old trees in ancient swamps, urban plantings may be part of the lasting legacy of this species.